The Most Unusual Bloom: Ceropegia Haygarthii 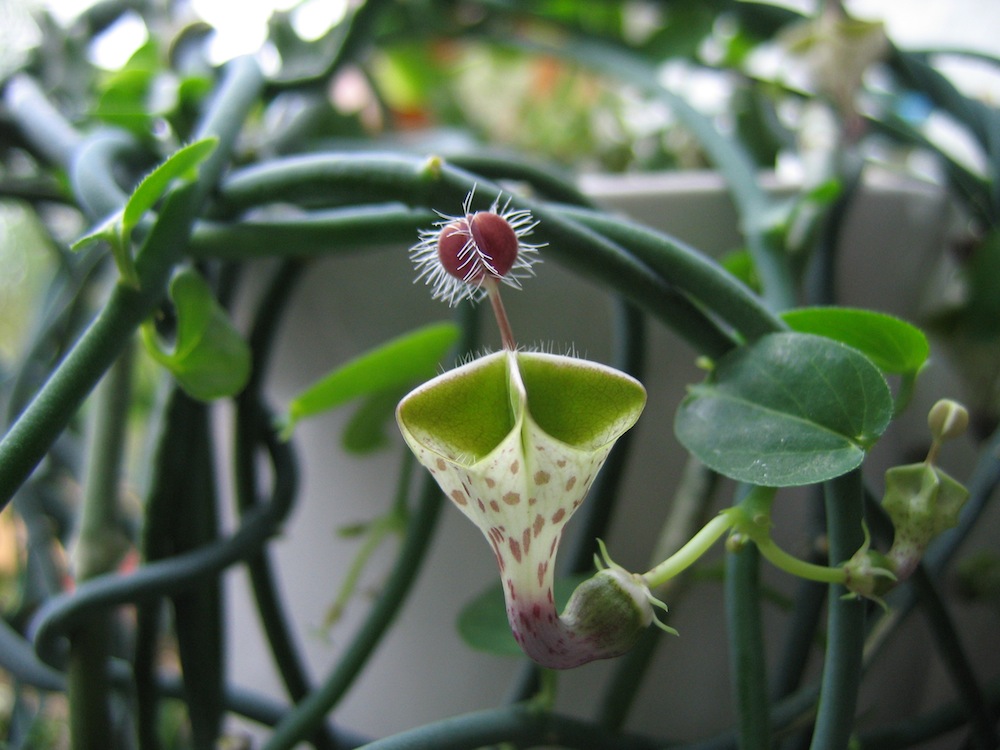 Ceropegia is a genus of plants within the family Apocynaceae, native to Africa, southern Asia, and Australia. There are between 160 and 200 species worldwide and they are found widely from the Canary Islands, Africa, Madagascar, Arabia, India, Sri Lanka, southern China, Indonesia, the Philippines, New Guinea and Queensland. This unusual flower was first documented by Carl Linnaeus in 1753, who felt that the flowers look like a fountain of wax.

This plant is usually found in the form of a vine however there are a few upright species which can be found in the Canary Islands.
Among some species, such as Ceropegia woodii, the nodes swell, and the roots similarly expand to form tubers beneath the soil surface. The leaves are simple and opposite, although they can be rudimentary or absent. Especially in certain succulent species, the leaves may also be thick and fleshy. 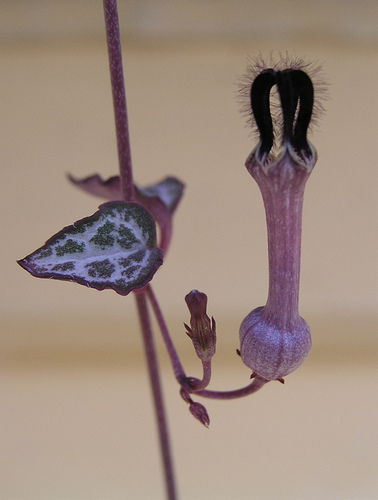 Ceropegia species have attracted much attention from botanists, horticulturalists, gardeners and succulent plant enthusiasts. Numerous species are commercially available and grown as ornamental houseplants. They can be propagated by seed and cuttings and are reported to be fairly easy to grow. It is suited for climate zones 10 & up, if you do grow it outside be sure to plant it in an area that provides some light shade.

Ceropegia haygarthii makes for an excellent and unusual house plant or can be set outside in pots as long as you remember to bring it in when it starts to get cooler. Easy to propagate from seeds or cuttings, this little succulent climber is a prized plant of its owners. A little bit of shade and regular watering (be careful not to over-water) means an easy care plant, which is great as most plants with unusual blooms require some specialized care.

An interesting fact: the inside of the flowers are absolutely covered with hairs that point downward. This “traps” flies inside and won’t let them out until the fly is covered in pollen. Once that happens the hairs wither allowing the fly to leave and spread its pollen around. Pretty cool!

Do you grow Ceropegia in your garden? What is your experience with this plant? Please share in the comments below!

Do you sell Ceropegia seeds or have plants for sale? You can place your advertisement here. Contact us now!