Everything You Wanted To Know About White Pepper 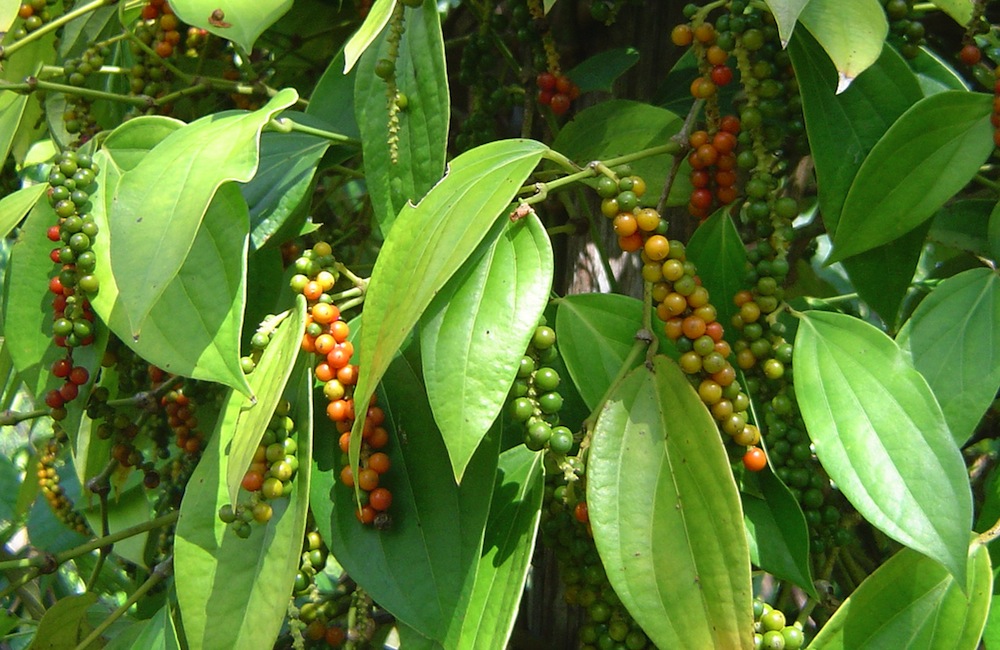 White pepper is a spice widely used in cooking. It has a distinct smell and light peppery aftertaste. It is obtained from the fruits of the vine Piper nigrum, which is used to make the well-known black pepper as well. The plant belongs to the Piperaceae family.

Piper nigrum is found in regions with a hot and moist climate. It is native to India, where it can be found in the wild even today. Besides in India, it is grown in numerous countries, including Vietnam, Brazil, Indonesia, Malaysia, Sri Lanka, China and Thailand. The climbing plant can form shoots 33 ft (10 m) long. The leaves are green, heart-shaped, 2″ (5 cm) – 4″ (10 cm) long.

To obtain white pepper, one must first cultivate the Piper nigrum plant. To do so, choose fertile soil, that is neither too moist nor too dry. Then, plant the cuttings about 12″ (30 cm) from the trees during the rainy month of July. During the fall, put leaves and fertilizer all around them. If the soil turns out not to be moist enough, water them regularly and add more fertilizer every week. These processes are especially important for the first 3 years of the plant’s life.

3-4 years after germination, it will begin to yield fruits. They will then be able to find culinary use for the next 15-20 years. If the fruits are picked while still unripened, what you get is the widely known black pepper. From the same unripened peppercorns, you get green pepper, which differs in the processing method used.

White pepper is obtained from the fruits of Piper nigrum when the peppercorns ripen completely. They acquire a red color then. They are picked and soaked in water for 6-7 days. This is done so that the skins can be removed more easily afterward. The skins in question are discarded because they quickly begins to rot during processing. Once removed, only the light-colored grains remain. The next step is to put them out in the sun in order to dry well. The ready-to-use white pepper is in fact yellowish in color. In some cases, white pepper can be obtained after the black pepper peppercorns are scraped. 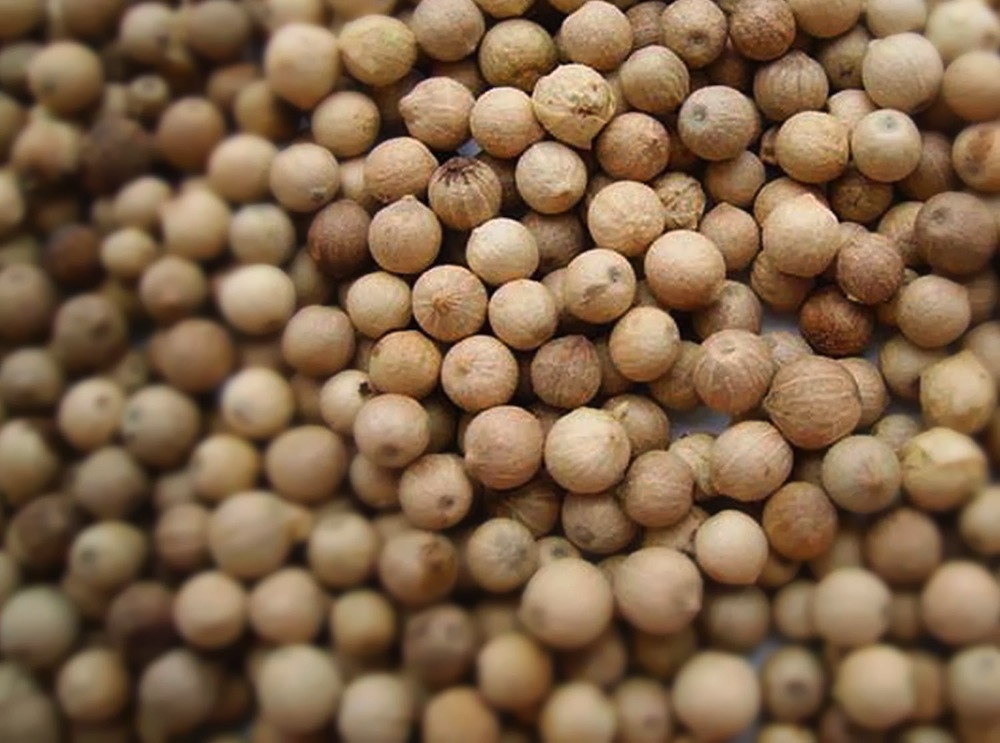 Ground white pepper is often used in cream sauces, Chinese and Thai cuisine, and dishes like salad, light-coloured sauces and mashed potatoes, where black pepper would visibly stand out. White pepper has a slightly different flavour than black pepper, due to the lack of certain compounds present in the outer fruit layer of the drupe, but not found in the seed. A slightly sweet version of white pepper from India is sometimes called Safed Golmirch (Hindi), Shada golmorich (Bengali), or Safed Golmirch (Punjabi).

White pepper has a softer taste when compared with the other varieties of pepper. It is distinguished by a more delicate flavor also. Usually it is preferred to black pepper since it does not affect people with sensitive stomachs. Some chefs prefer putting white pepper in light-colored dishes and black when preparing dark-colored dishes. Combinations of green, black and white peppercorns are exceptionally pleasant and flavorful. When using ground white pepper, put it in the dish once it’s fully cooked.

White pepper is a spice with a unique taste, which perfectly complements the taste and aroma of fish, vegetable and meat dishes. Experience chefs never miss the opportunity to use it to season light sauces, soups, baked veal and beef dishes, salads and others. In their view, white pepper is one of the main ingredients that make specialties exquisite.

Take a look at this recipe for a fresh salad with white pepper, that is dietary but also very nutritious and fragrant.

Preparation: Soak the apricot kernels in a cup of water for 3-4 hours. Wash the arugula, lettuce and cherry tomatoes and cut them. Put them in a large bowl and mix with the chopped olives and crab rolls. Add the croutons, apricot kernels and all of the spices. Mix the salad, then grate parmesan on top.

White pepper is no less healthy than black pepper. It is especially recommended for people who suffer from loss of appetite, since it stimulates appetite and improves gastrointestinal function. A little bit of it added to the meals of children that are fastidious eaters can do wonders.

White pepper should be consumed in the winter months especially since it is good against flu illnesses. The spice aids in getting rid of secretions from the airways. This flavorful powder is recommended as a treatment for constipation since it helps large intestine peristalsis and speeds up metabolism.

But the health benefits of white pepper do not end here. It turns out it has an anti-inflammatory effect, freshens breath and makes people who eat it better endure stress. It is also equally good for the immune system and overall body tone.

White pepper purifies the body of harmful substances, thins the blood and improves circulation. Regular consumption protect against cardiovascular problems, as well as from cancers. In the past, it was used to treat boils, sore throat, asthma, back pains and other ailments.

For many centuries, white pepper has been used by Indian healers. It quickly managed to find a spot in the folk medicine of other nations as well. The mixture of white pepper and pork lard is used to alleviate back and joint pains. This homemade salve is put in a gauze and then placed onto the affected area for several hours.

Treatments with ground white pepper are given against cough and throat pain. To make one, mix the powder of 2 ground grains with 1 tsp of honey. Take the resulting concoction after every meal until the symptoms vanish.

Although very healthy and flavorful, white pepper must not be take in excessive amounts since this may cause irritation and agitation. Experts also advise persons with an ulcer, gastritis or kidney inflammation diseases to avoid consuming this spice.

Safety notes: This website is not medical advice, and please check with your doctor before using herbs if you are pregnant, using medications or have other health conditions.