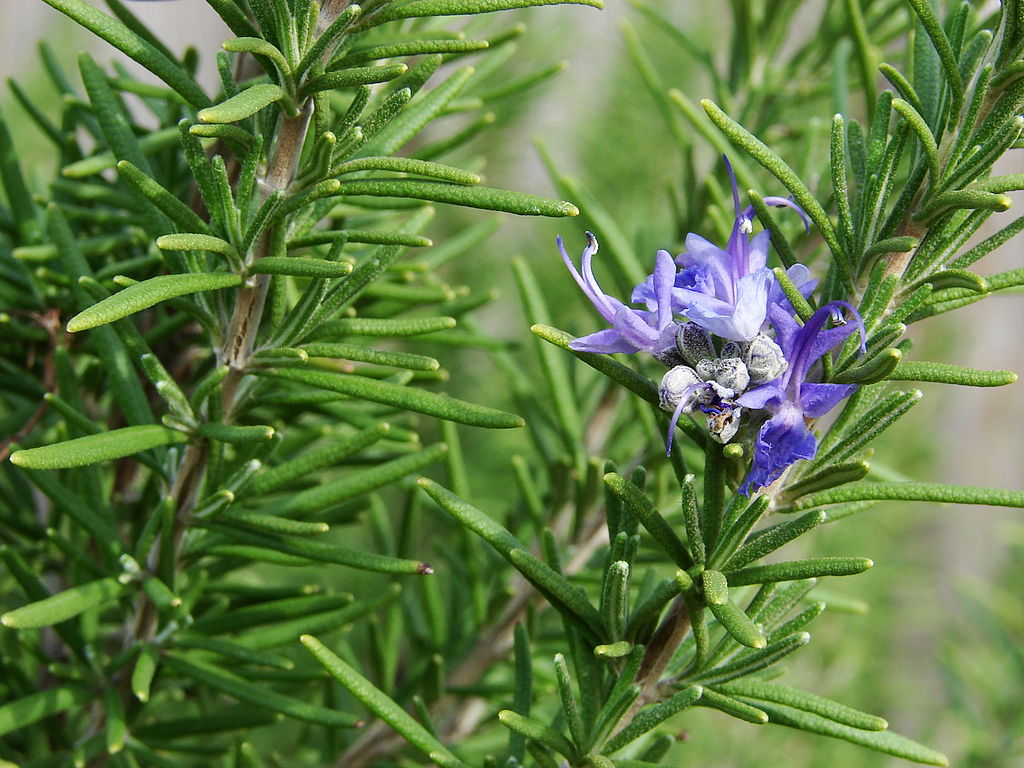 Rosemary is a member of the mint family Lamiaceae, which includes many other herbs. The name “rosemary” means “dew of the sea” and derives from the Latin for “dew” (ros) and “sea” (marinus). Sometimes the herb is called anthos, from the ancient Greek word, meaning “flower”.

The plant flowers in spring and summer in temperate climates, but it can be in constant bloom in warm climates. Sometimes rosemary flowers outside its normal flowering season: as late as early December, and as early as mid-February.

This herb is considered easy to grow and it is pest-resistant. Plant your rosemary on friable loam soil with good drainage in an open, sunny place. It can withstand droughts and survive dry periods, but it doesn’t feel good in cool climates.

Rosemary can be propagated very easy – just clip a shoot (from a soft new growth) 10–15 cm (4–6 in) long, strip a few leaves from the bottom, and plant it directly into soil. It grows best in neutral to alkaline soil (pH 7–7.8) with average fertility. Rosemary is an excellent herb to grow on your windowsill.

Brought to Britain with the Roman armies, rosemary over the centuries has spread its influence through Europe and eventually to the New World. 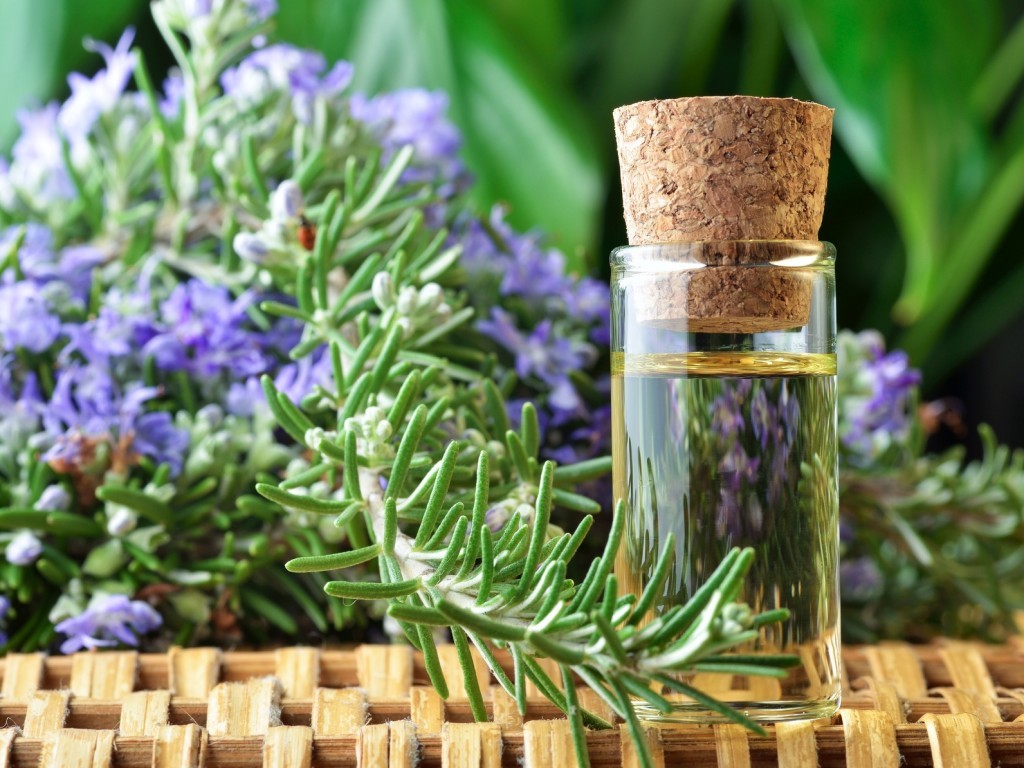 
The history of rosemary is a story covering thousands of years. Starting with its strong association to the ancient Greeks and Romans, rosemary captivated these peoples for its mystical and healing powers. Hellenistic and Roman gardens almost always contained rosemary bushes. Moreover, rosemary was believed to grow only in the gardens of the righteous.

According to the legend, the Greek goddess Aphrodite had rosemary draped around her when she rose from the sea, born of Uranus’s semen.

It is believed that the Virgin Mary have spread her blue cloak over a white-blossomed rosemary bush when she was resting, and the flowers turned blue. The shrub then became known as the “Rose of Mary”.

Legend has it that the Virgin Mary spread her cloak over a rosemary bush while she rested and as a result of this the flowers turned blue like her cloak. So, after this the bush was called ‘Rose of Mary.”

The French hung rosemary in hospitals and sickrooms as healing incense. Rosemary was the favourite scent of Napoleon Bonaparte.

The ancients used this herb as sacred incense in some religious ceremonies. In Spain and Italy, rosemary is considered to be a protector against evil spirits. The Romans used rosemary to decorate statues of their household Gods as rosemary symbolised stability.

Ancient Greek students were wearing garlands of rosemary around their necks, or braided it into their hair to improve their memory during exams.

Rosemary was used to tell fortunes. Several herbs were grown in pots with the name of a potential lover on each. The plant which grew the strongest and fastest gave the answer.

Rosemary was also stuffed into little cloth dolls in order to attract a lover or attract healing vibrations to treat illness.

Some of the most interesting and unique health benefits of rosemary include its ability to boost memory, improve mood, reduce inflammation, relieve pain, protect the immune system, stimulate circulation, detoxify the body, protect the body from bacterial infections, prevent premature aging, and heal skin conditions.

Rosemary helps with digestion problems, including heartburn, intestinal gas (flatulence), liver and gallbladder complaints, and loss of appetite. As a natural antibacterial agent, rosemary works as a wonderful breath freshener.

Perhaps one of the more amusing tales of rosemary’s magic involves Queen Elizabeth of Hungary (1305-1381). Suffering from severe rheumatism and gout the Queen (aged 72) turned to the healing powers of the rosemary plant. She began using a variant of Rosemary Water, also referred to as Hungary (Budapest) Water, allegedly given to her by a hermit who claimed that “it would preserve her beauty and health until her death.” In fact, legend claims, the treatment so enhanced her health, vitality and appearance that she, using her own words, “was not only cured, but recovered my strength, and appeared to all so remarkably beautiful that the King of Poland asked me in marriage.” (from a text by John Prevost, published 1656). By the way, the King was 26 years old…

The ancients also used rosemary as a respiratory ailment treatment. It was the Arabs who first extracted the essential oil of Rosemary.

In traditional medicine of India, extracts and essential oil from flowers and leaves of the herb are used to treat a variety of disorders.

Do you grow Rosmarinus officinalis (Rosemary) in your garden? What is your experience with this plant? Please share in the comments below!

Do you sell Rosmarinus officinalis (Rosemary) seeds or have plants for sale? You can place your advertisement here. Contact us now!