I saw this interesting flower in the garden in Ukraine. Could you help me to find out the name of this small garden flower?

It has two blue petals like a rabbit ears 🙂 with white and yellow center. There are seems to be like several tiny tiny yellow flowers in the center. This flower is very small and delicate but looks absolutely beautiful. Thank you in advance!

Here is the photo: 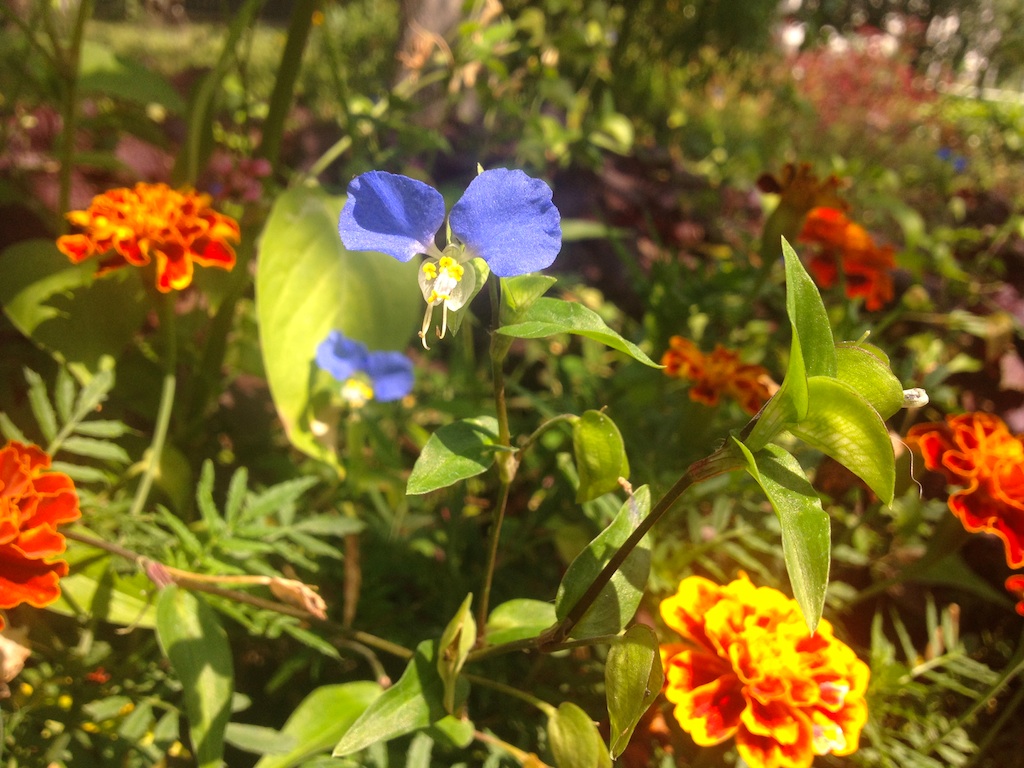 It’s a Commelina – perhaps Commelina communis.  This little flower is commonly known as the Asiatic dayflower.  It gets its name because the blooms last for only one day.  It is native throughout much of East Asia and northern parts of Southeast Asia.  But Asiatic dayflower has been introduced to parts of central and southeastern Europe and much of eastern North America, where it has spread to become a noxious weed.

This is an interesting plant as the recent research has revealed that the Asiatic dayflower can bioaccumulate a number of metals, making it a candidate for revegetating and essentially cleaning spoiled copper mines.