Can you identify this bush with nice waxy flowers in Thar desert?

Hello friends! Do you know the name of this bush with thick leaves and pink whitish wax flowers? I saw it in Rajasthan, India, Thar desert during a camel ride 🙂 Thank you! 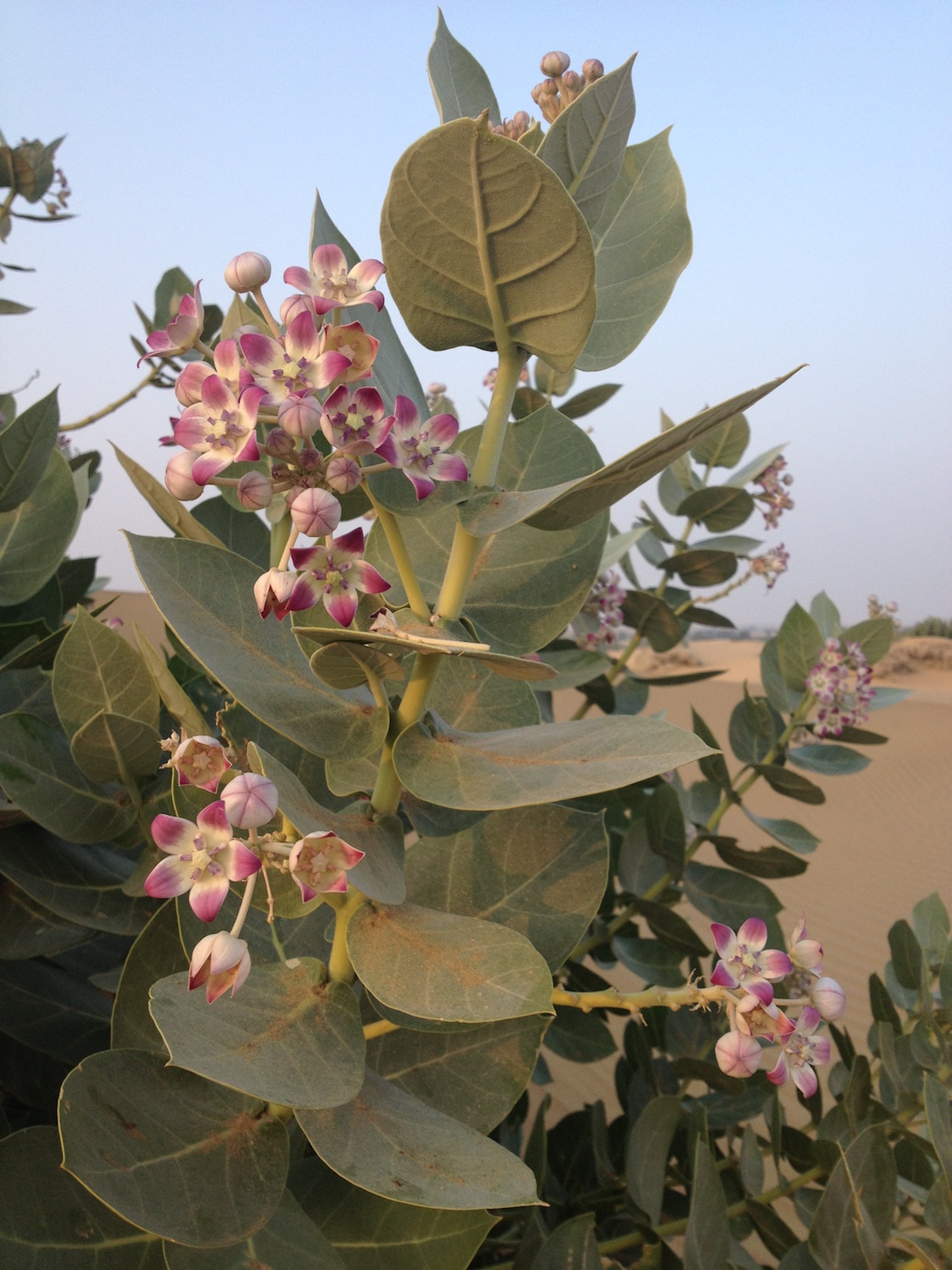 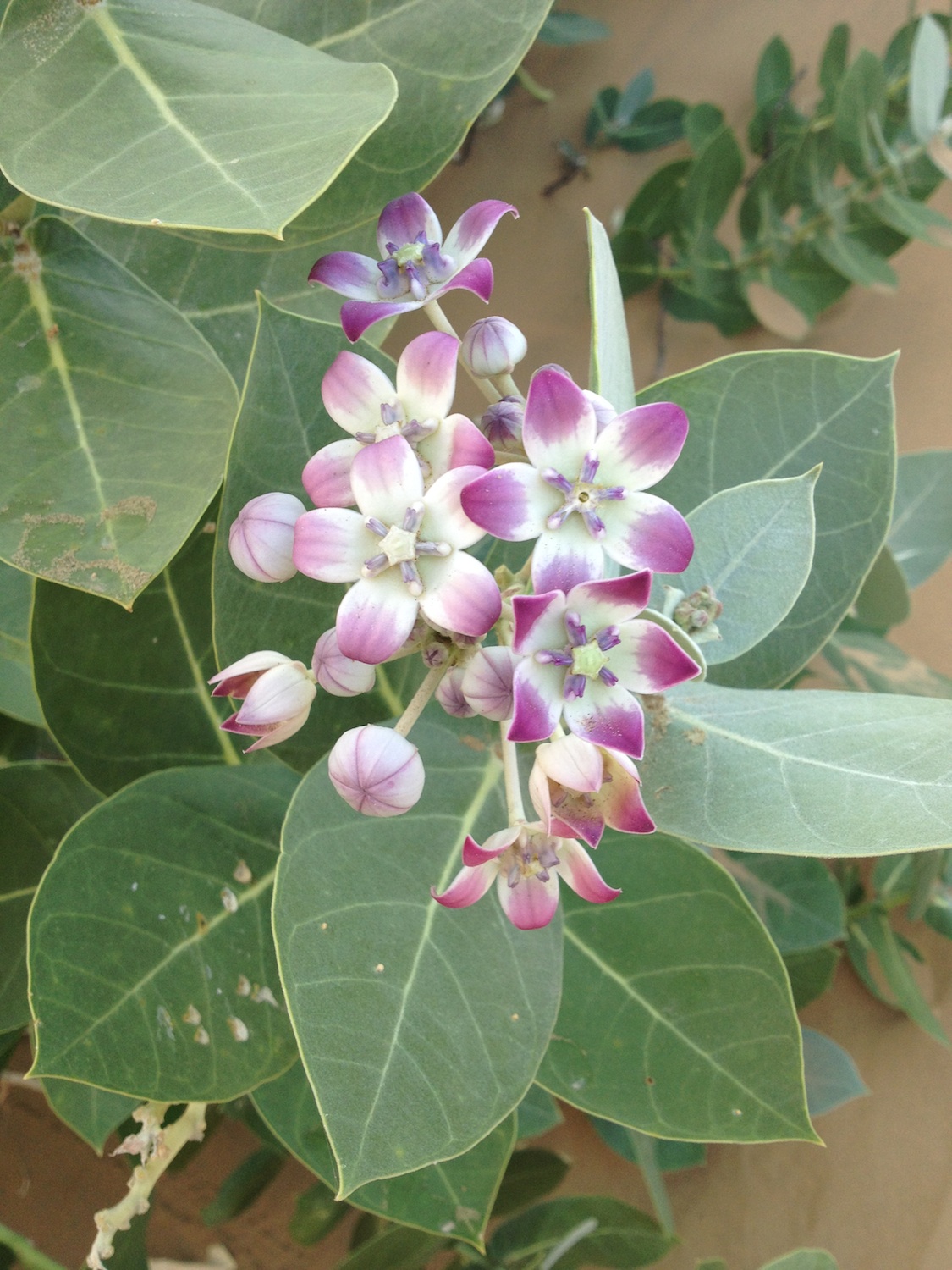 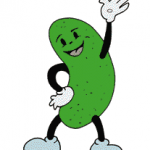 Is a common type of milkweed seen in most dry parts of India. Most locals do not remove this plant as the flowers are offered to gods Shiva and Ganesha. Some butterfly species prefer to lay their eggs on this plant. Seed dispersal is through air and one can sometimes see the seeds being carried around in gentle breeze.

Thank you! This is a very interesting information!

But is it really poisonous? Will it cause anything if you pick the flowers?

It is Calotropis procera, also known as the Apple of Sodom, (King’s crown, rubber bush, or rubber tree). The milky sap contains a complex mix of chemicals, some of which are steroidal heart poisons known as “cardiac aglycones”. The fruit is described by the Roman Jewish historian Josephus, who saw it growing near Sodom: “…as well as the ashes growing in their fruits; which fruits have a color as if they were fit to be eaten, but if you pluck them with your hands, they dissolve into smoke and ashes.”