Help to find out the name of this violet flower

I saw this cute plant with violet flowers, which have interesting butterfly-looking petals and yellow centers in Australia. I am not sure if it is native for this country or not.

Please, help me with this flower identification. What is it scientific name? Thank you in advance. 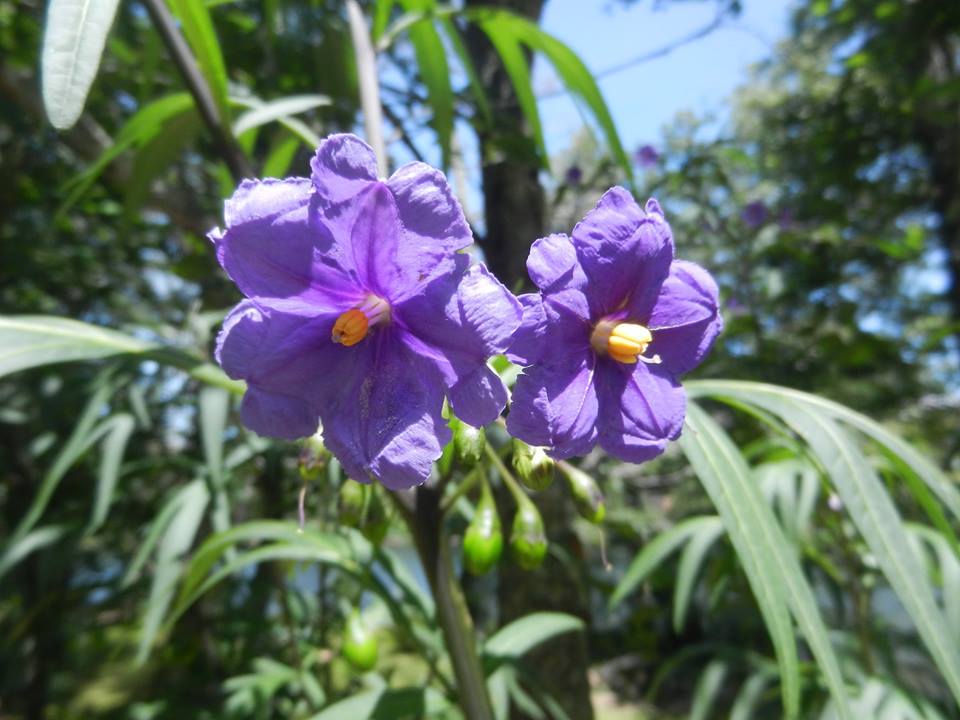 This plant looks like Solanum linearifolium or a Mountain Kangaroo Apple (family Solanaceae), an Australian endemic.

I think it is Solanum laciniatum. One of the Kangaroo Apples. S. laciniatum is often confused with S. aviculare, but is distinguished by the rotate corolla with notched lobes, the yellowish fruit and larger seeds.

Solanum laciniatum is the most commonly found species overseas where it is often incorrectly called Solanum aviculare.