I am sure this garden plant is popular, because I see it a lot around here. But I am quite new in gardening, so I am learning a lot and researching about plants I can grow in my garden. I like this flower and next spring I’d like to grow it. Please, help me to find the name of it. What is this plant? Is it easy to grow it? Does it require a lot of sun and watering? Thank you in advance for your answers. Maria 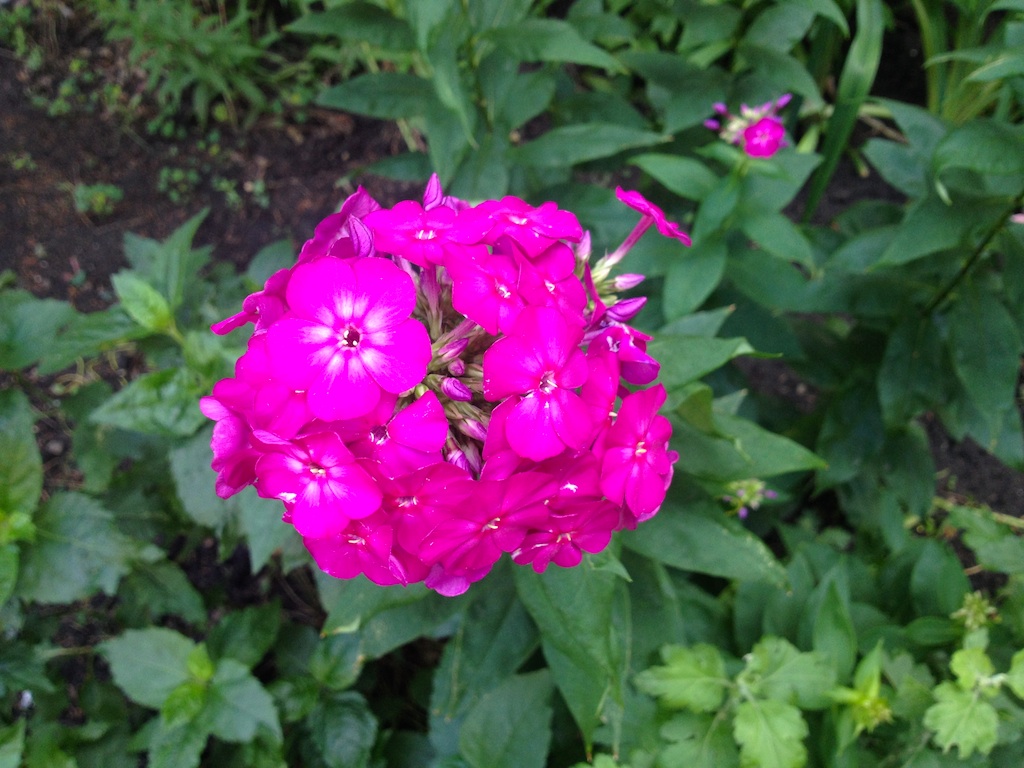 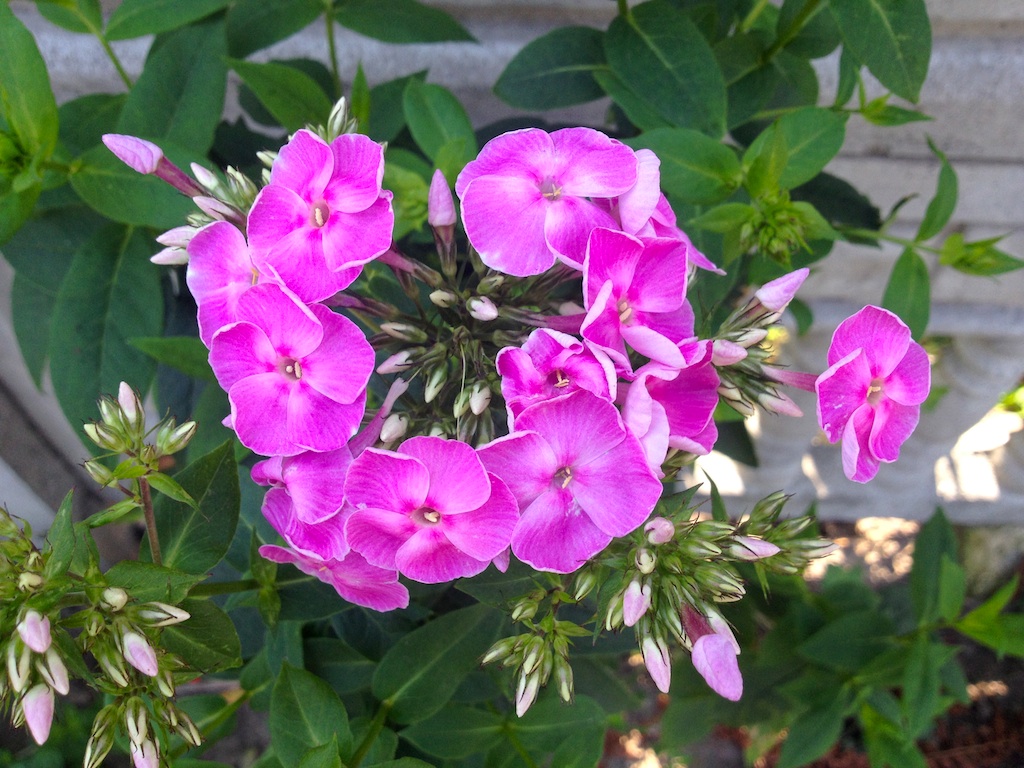 This is Phlox paniculata in the family Polemoniaceae. This flower is also  known as Fall phlox, Garden phlox, Perennial phlox or Summer phlox.  I is native to the eastern and central United Statesand eastern Canada. Phlox paniculata is extensively cultivated in many gardens as an ornamental plant.

Perennial phlox flowers are often fragrant, and are white, pink, red, or purple, blooming in summer through fall (autumn). Phlox has been favorites in American gardens for well over 100 years. This plant is also popular in Europe. It’s not hard to see why. They are long blooming, hardy and long-lived, easy of culture, often fragrant and never need staking. If you deadhead them, the flowers will rebloom!

By the way, Native Americans called April’s full Moon the “Full Pink Moon” because it heralded the appearance of the moss pink, or wild ground phlox — one of the first spring flowers.

Phlox start easily from seed, and often self-sow into the garden, but it is rare for the seedlings to have the same coloring and habit as their parent. I would recommend to deadhead your phlox before they go to seed, as those little self-sown seedlings tend to grow up into vigorous plants of a decided magenta hue and can, in a few years, crowd out the mother plant.

Phlox typically likes full sun. It will tolerate light shade, but it will be less vigorous and won’t bloom as well. The plant prefers moist soil – their native habitat is deciduous woods and bluffs.

The soil should be rich and slightly alkaline. The plants should be set in quite rich soil, enriched with compost or aged manure.

Phlox is perennial and will survive winters in Michigan. You can plant the phlox in a container and then transplant it out into the garden. But the common tall phlox will not do well in southern Florida, too warm and humid. There is a wild native phlox that will grow well.

Phlox are very easy to increase by simple division, in late summer or early spring. Commercial growers tend to propagate them using root cuttings taken in late summer. Stem cuttings can be taken in early midsummer, but only do well if kept in very humid conditions.