Can anyone identify this shrub for me?   It is approximately 5′ high and has an open spread of branches from the base. I believe it has small white (?) flowers. 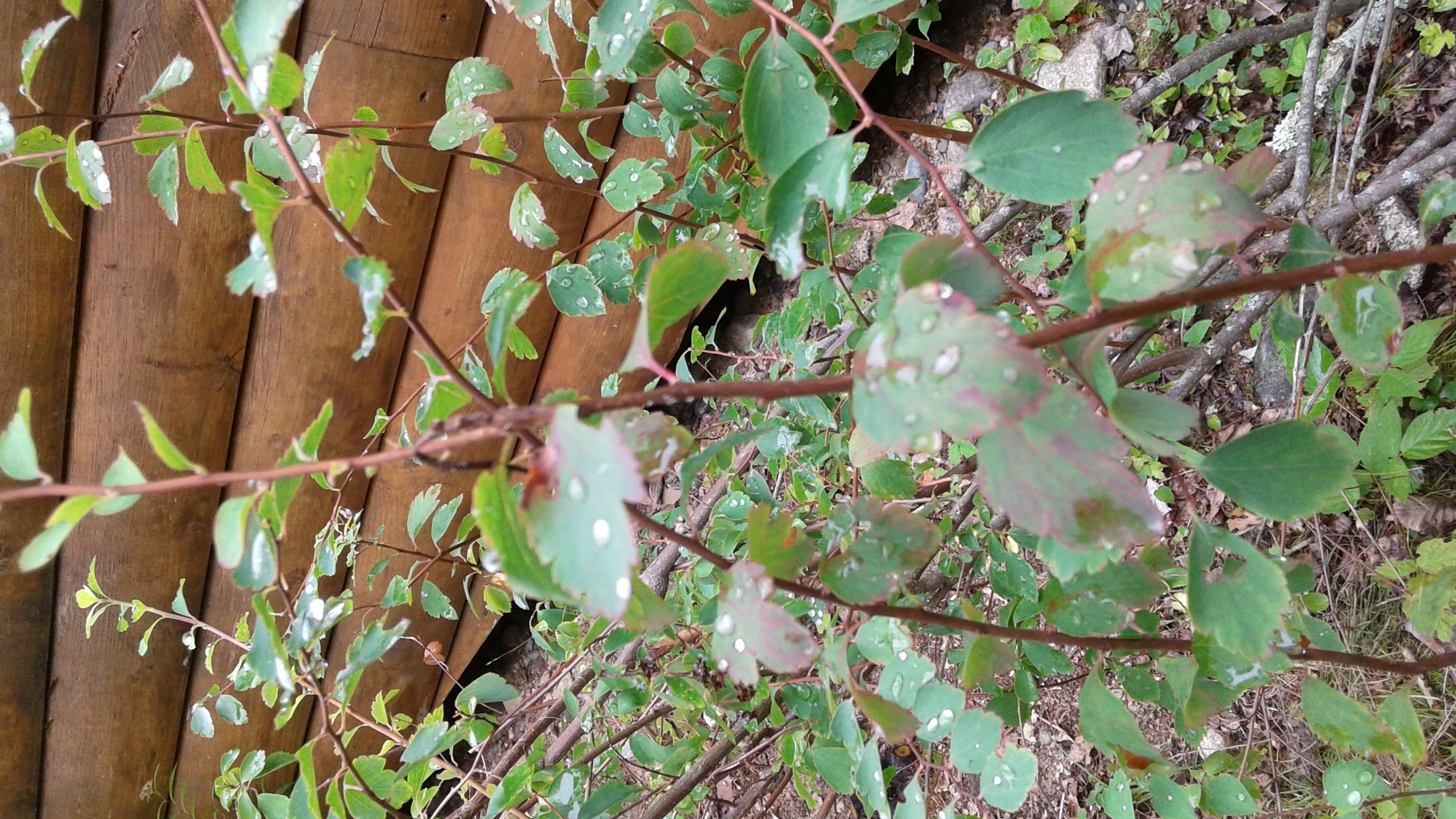 Image of Shrub Stalks and Leaves

I am trying to determine if it is a native species or not.

It looks like Spiraea x vanhouttei in the family: Rosaceae. Common name Spiraea, also commonly called Bridalwreath. It is a result of cross between Spiraea trilobata and Spiraea cantoniensis; zone: 3 to 8. It is particularly noted for its showy spring bloom with tiny white flowers.