It Will Hurt To Climb These Trees For Sure 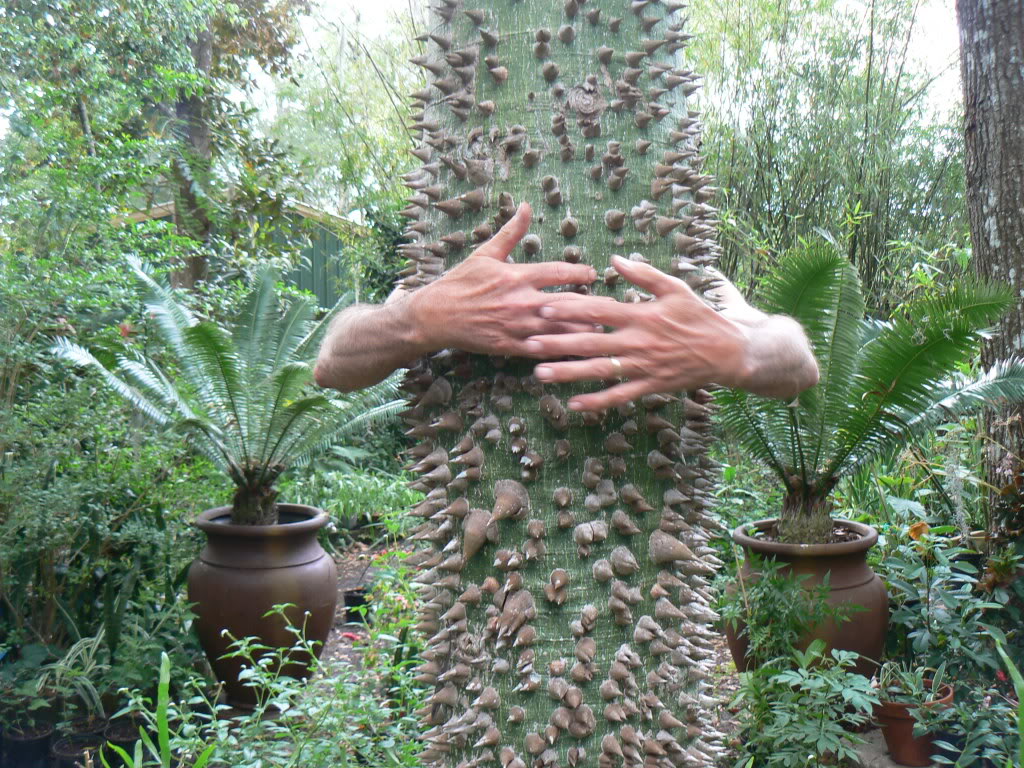 These trees are amazing. Check out some information on the thorniest trees on Earth you probably wouldn’t even think to climb. 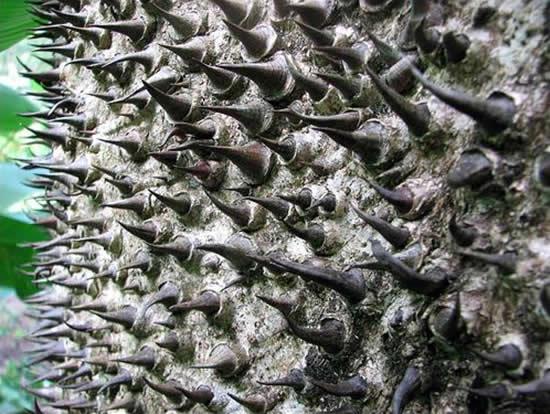 Native to the subtropical forests of South America, the Silk Floss Tree is now widespread around south Florida, and appreciated for its beautiful flowers. But getting to those precious flowers is definitely not the easiest of tasks, due to the giant thorns that cover its trunk and branches.

Besides the self-protection, those conical spikes help the tree store water for drought survival.

The Floss Silk Tree gets that name from the fluffy stuff that surrounds the bean-sized seeds inside the fruiting pods. The cotton inside the flower pods is used as filling for pillows, and the wood of the Silk Floss Tree is used in packaging, and for the making of paper. But this thorny tree is most often planted for ornamental purposes, along city streets. God forbid you get wasted one night and bump into one of these things. 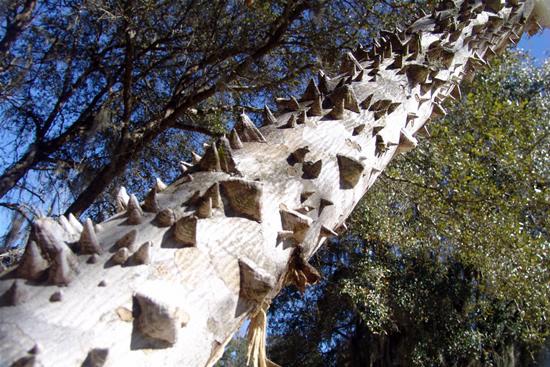 Zanthoxylum clava-herculis, Hercules’ club (or Hercules-club), Pepperwood, or Southern Prickly Ash is a spiny tree or shrub native to the southeastern United States. Hercules’ Club name of this particular tree is given by the cone-like thorns on the bark of older trees that make their trunks and branches look like clubs.

It is sometimes called “toothache tree” or “tingle tongue” because of the numbness of the mouth, teeth, and tongue induced by chewing on its leaves or bark (thus relieving toothache). It was used for such medicinal purposes by both Native Americans and early settlers. The Club also has chelerythrine, which in the lab is effective against resistant staphylococcus

What its leaves, bark and roots, taste and smell like is a matter of subjective debate. Some say its smells like lime, others bitter lime. 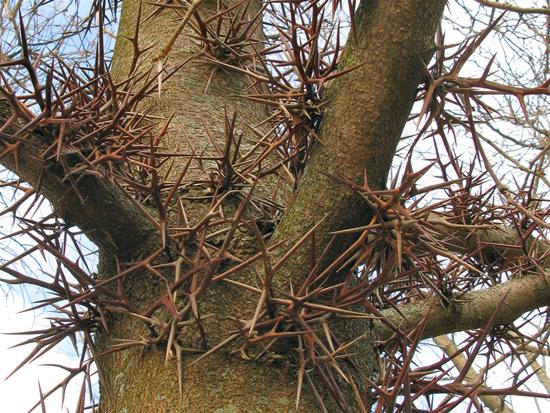 The Honey Locust tree, Gleditsia Triacanthos, also known as the Thorny Locust, is a deciduous tree native to central North America where it is mostly found in the moist soil of river valleys ranging from southeastern South Dakota to New Orleans and central Texas, and as far east as eastern Massachusetts.

Despite its name, the honey locust is not a significant honey plant. The name derives from the sweet taste of the legume pulp, which was used for food by Native American people, and can also be fermented to make beer.

A truly fascinating tree, the Honey Locust features 3-4 inch (3–10 cm) long thorns, some reaching lengths over 7-8 inches (20 cm) that can cause serious lacerations, if you’re not careful. They grow on the trunk and lower branches, which probably means they evolved as a defense mechanism against animals that fed on its bark.

The thorns of the Honey Locust are often to blame for foot injuries, as they tend to go right through soft sole shoes and in the foot. Also, if you drive past one of these trees, you have the chance of getting flat tires. Some even claim to have seen large birds impaled by the thorns of a Honey Locust tree.

Honey locusts produce a high quality, durable wood that polishes well, but the tree does not grow in sufficient numbers to support a bulk industry; however, a niche market exists for honey locust furniture. It is also used for posts and rails since it takes a long time to rot. In the past, the hard thorns of the younger trees were used as nails while the wood itself was used to fashion treenails for shipbuilding.