Festival of Los Patios in Córdoba 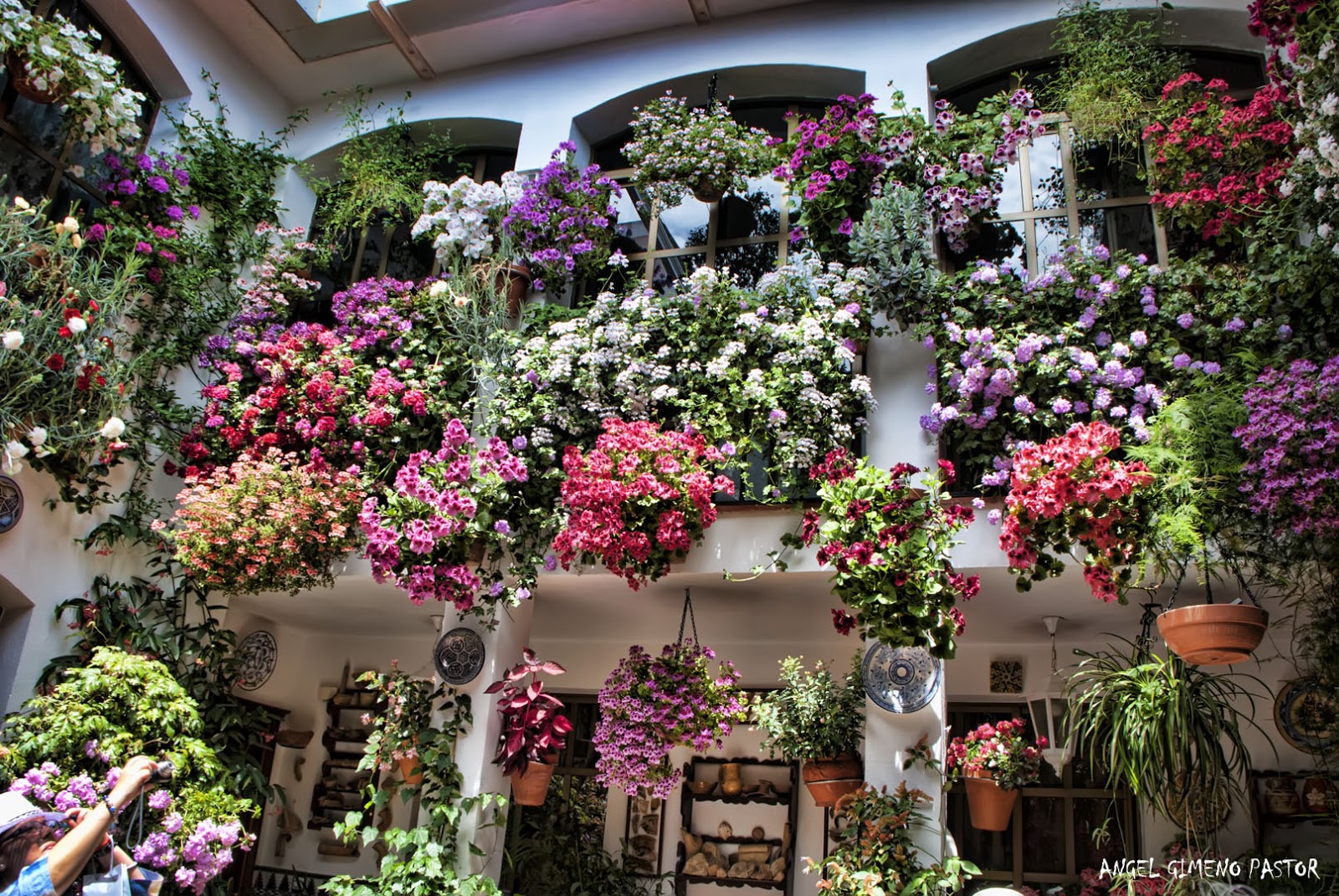 Every spring Córdoba city, which is in Andalucia, southern Spain, bursts into bloom with special festivities for the month of May. Everything starts off with a parade “Battle of the Flowers”, spring celebrations with the May Crosses festival which usually takes place during the first week of the month, followed by the famous Los Patio Contests that can easily continue well past the middle of the month – which just gives residents time to get ready for the annual fair at the end of May!

The Festival of Los Patios consists of a contest in which participants open their patios (courtyards) to others for free in order to be explored within the set opening hours. During the period of the festival, the most symbolic neighbourhoods in the old town of the city open up their hidden treasures for visitors to have a look around, at a time when blooming flowers turn the patios into beautiful domestic gardens.

It is a really active festivity in the city, and for this reason, the contest is divided into two different categories: apart from the traditional patios, also modern patios may now participate. When visiting the wide variety of patios, you will find that what has always been a traditional way of life is still very alive amongst current generations, whose modern houses have been adapted to this characteristic architectural style of Córdoba. First references of the Competition of Patios in Córdoba date from 1921. 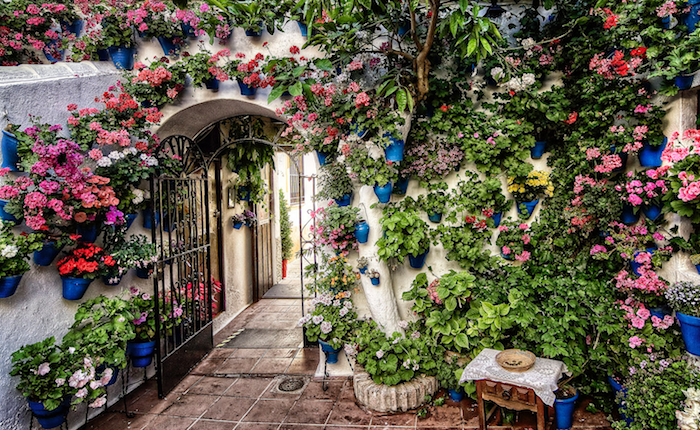 But to really understand why a contest of this type was created in Córdoba you must know something about the local architecture.

History tells us that patios, as a physical space incorporated into houses, even existed in Ancient Greece. Thanks to Roman influence, water was included in patios and thanks to Arabic people; patios were turned into social areas. Due to a hot, dry climate homes in Córdoba were built with a central patio even back in the days of the Romans. This tradition was continued by the Moors and persists in many homes even today. Filling the central patio with plants and water features has always been a way to keep local homes cool. But, thanks to human creativity and ingenuity, patio decoration ended up taking on a life all its own and at some point, someone realized that these hidden treasures were just too good to be kept tucked away behind heavy doors and iron grates. So, once a year, the doors open and everyone is invited in to see the wonders of Córdoba’s patios.

These patios not only offer a visual feast of colourful flowers, stone mosaics and ceramic decorations, but also bring out the classic scents of Córdoba: jasmine and orange blossom mixed with a myriad of scents from the many other flowers and plants that bring the city – and this festival – alive. 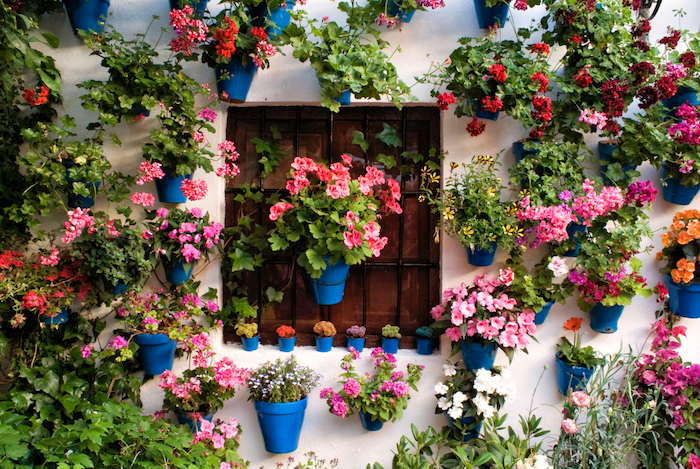 However, the patio displays go even beyond the wide array offered by the private sector to include numerous “monument” patios. For example, the Viana Palace, a 14th century edifice, is actually known as the Patio Museum and offers around 12 different patios to its visitors. It has also been classified as an official “Historic Garden” and is high on the list of recommendations for those wishing to see the best of Córdoba.

Read more about the Festival of Los Patios here.
Photos of Patios