State Flowers And Trees of India 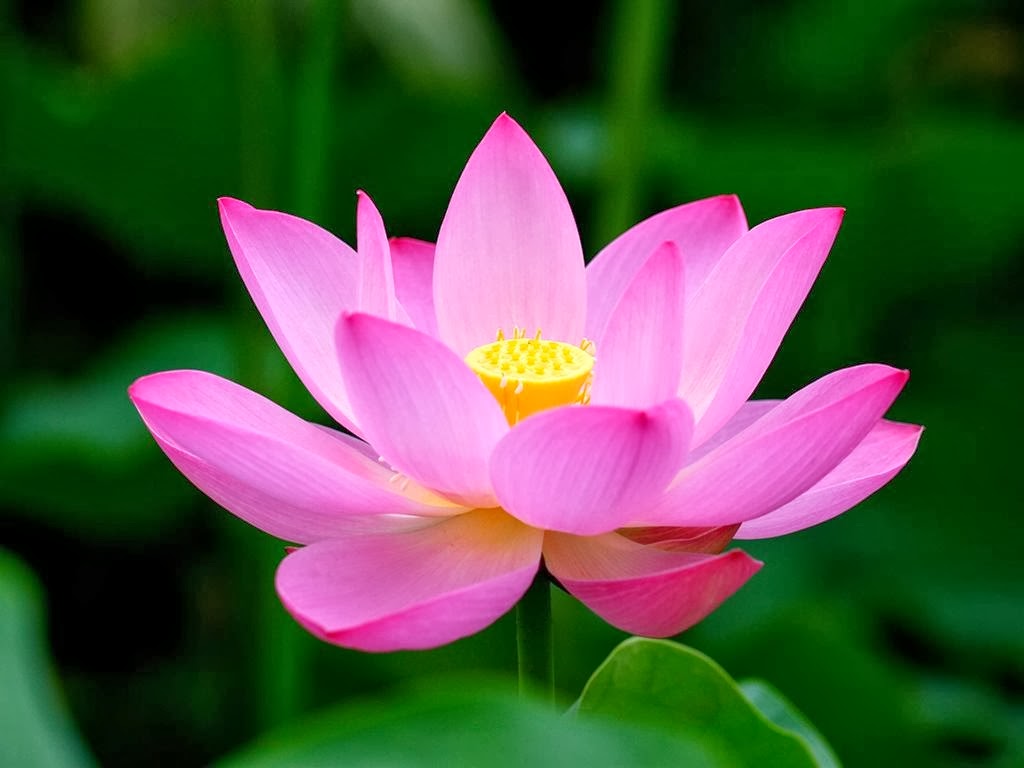 Flowers have the ability to inspire. They’re colorful, peaceful, and beautiful. Let’s look at some of the official state and union territories’ flowers across India.

The Lotus or the Water Lily, botanically known as the Nelumbo Nucifera, an aquatic plant with broad floating green leaves and bright fragrant flowers that grows only in shallow or murky waters, is the National Flower of India. Rich in meaning and metaphor and untouched by the impurity, the Lotus symbolizes divinity, fertility, wealth, knowledge and enlightenment. It is also regarded as a symbol of triumph as it can survive to regerminate for thousands of years. Lotus represents long life, honor, and good fortune. Lending to its uniqueness, it also symbolizes the last and final lotus – Charan Kamal or Lotus Feet of the Almighty. 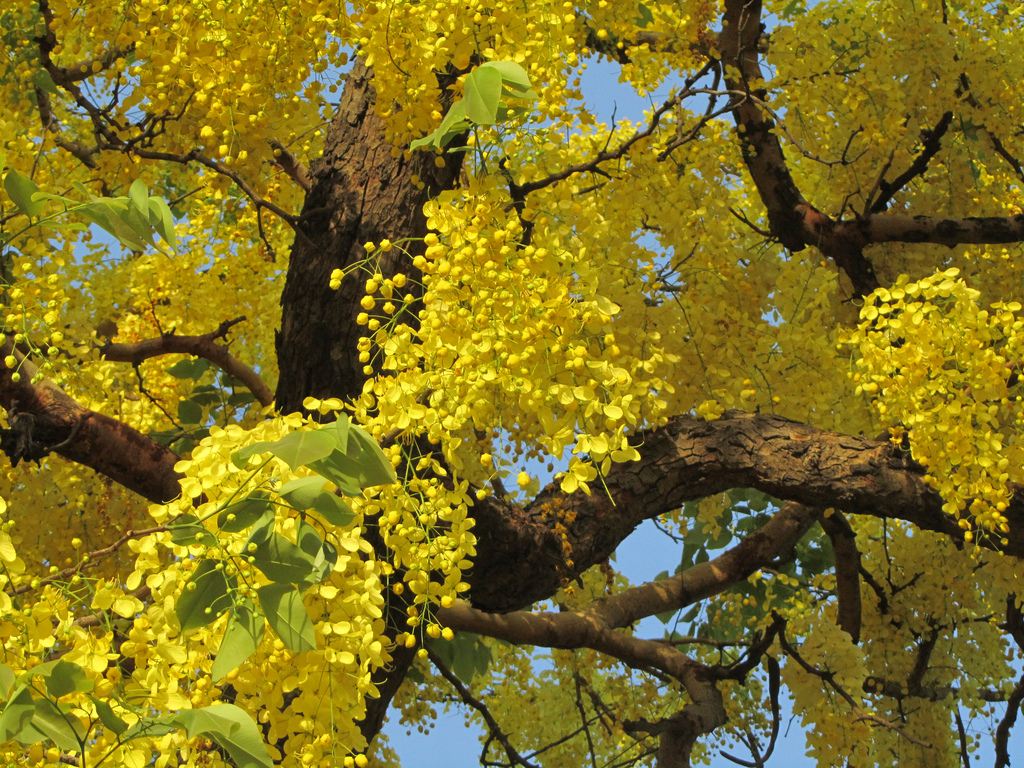 The Amaltas or Kanikonna in Malayalam has received this distinction because it’s one of the first things that is to be seen during the Vishu festival and is said to symbolically represent the power of piety. 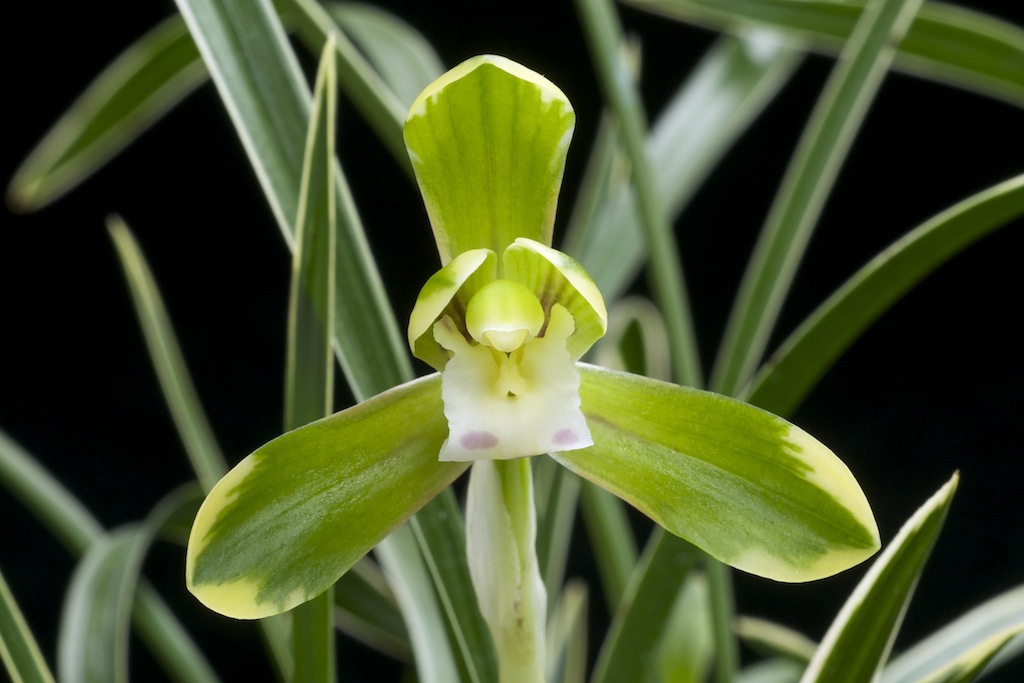 photo by Eric in SF

There are approximately 25,000 species of orchids across the world, but the one that’s been given the badge of honor as Sikkim’s state flower is The Noble Orchid (Cymbidium goeringii). This orchid is found in Himalayan regions and in temperate locations including China, Taiwan and South Korea. This plant has medicinal uses and exhibit anti-tumor activity. 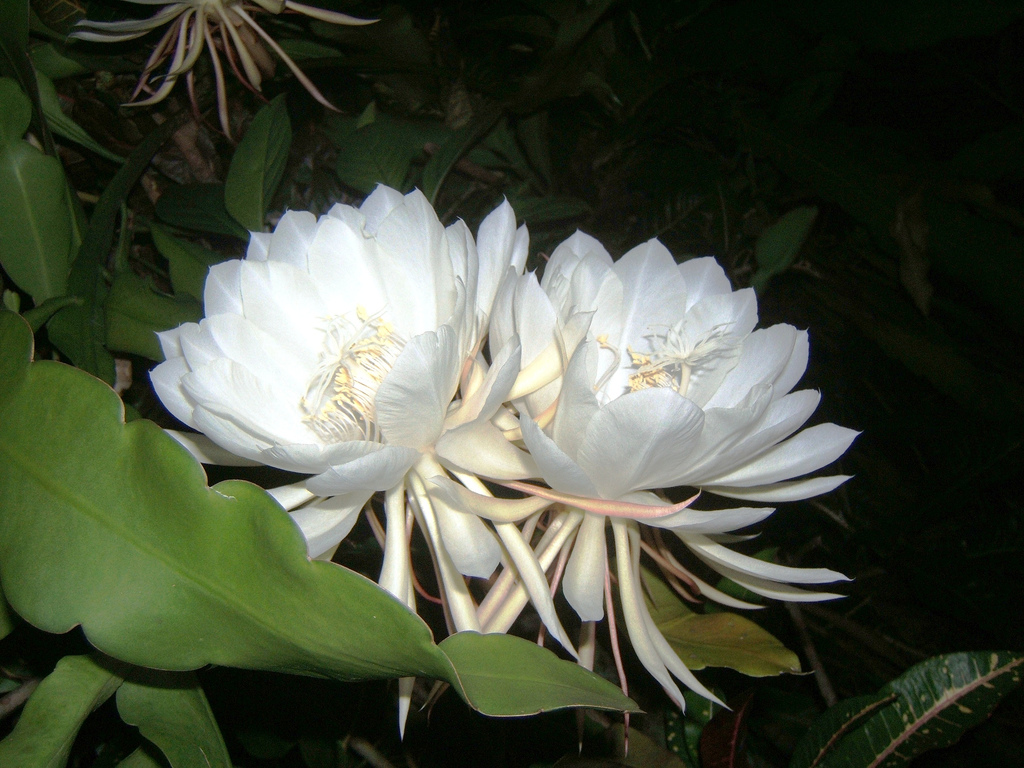 Saussurea obvallata flower is rare and sacred; believed to be held in the hands of Lord Brahma and Lord Vishnu. Brahm Kamal (Kadupul flower) is named after the Hindu God of creation, Lord Brahma. It is also believed that the wishes of People who pray to God while the flower is blooming will be fulfilled. Brahm Kamal is found in the higher regions of Uttarakhand at altitudes of roughly 10,000 feet or more in places such as The Valley of Flowers. It is also used to offer it to the Gods in many temples and is in huge demand for its curative properties, thereby endangering the flower. 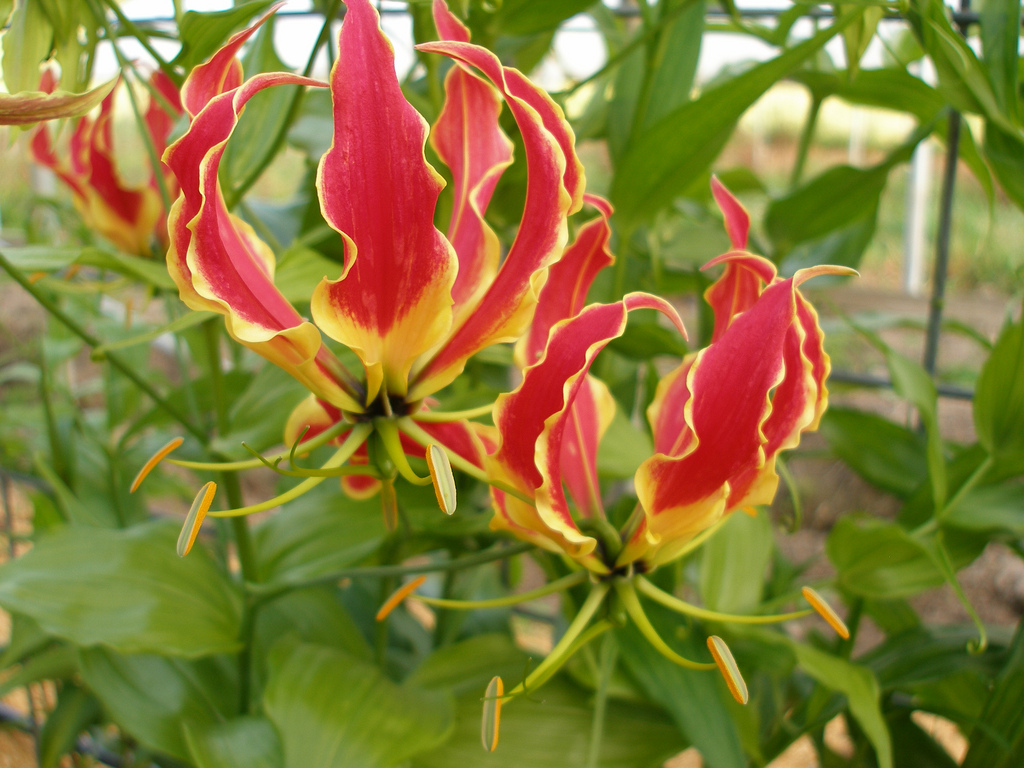 Gloriosa superba or flame lily, climbing lily, creeping lily, glory lily, gloriosa lily, tiger claw, and fire lily. Colourful bloom of Gloriosa Lily in Tamil called as `Karthigaipoo’, the State flower of Tamilnadu. Apart from its unique appearance, the alkaloid-rich plant has long been used as a traditional medicine in many cultures.

The seeds of the plant, which possess excellent therapeutic properties, are exported to western countries for medicinal use. The chemical, Colchicine, extracted from the seeds, is used in treating joint pains and rheumatism, according to horticulture department officials.

Glory Lily is poisonous, toxic enough to cause human and animal fatalities if ingested. Every part of the plant is poisonous, especially the tuberous rhizomes. This lily loves the rain and thrives in the monsoon.

Lagerstroemia speciosa, the Jarul, commonly known as the Pride of India or Queen Crape Myrtle, because of its paper thin creases that resemble the crepe paper. In Theravada Buddhism, this plant is said to have been used as the tree for achieved enlightenment, or Bodhi by the eleventh Lord Buddha, and the twelfth Lord Buddha.

This flowering tree is in full bloom in the summers. Queen’s Crape Myrtle also displays brilliant color in the fall. After the first cold snap, all the leaves turn an intense vivid red. The bark is used for timber and many parts of the tree have medicinal uses.

The Puducherry (Pondicherry) Government has announced the koel to be its State bird, the squirrel as the State animal, the cannon ball flower (Nagalinga flower) as the State flower and the vilva tree as the State tree. Couroupita guianensis or Cannonball tree fruits literally resemble cannon balls. The flowers however, resemble the shape of a shivlinga and are offered to Lord Shiva. The tree’s other names, “nagalinga” and “shivalingam,” reiterate the tree’s symbolism. The peculiar fact that the flowers of the tree have no nectar within them. They do, however, contain pollen, carried mainly by bees. The fruit of the Cannonball tree has a truly awful stench to it, unlike the flowers.

It’s originally from the Amazon and has a unique, lovely fragrance. The fruit falls from the tree and often cracks open when it hits the ground, so the sound of the fruit hitting the ground is comparable to a cannon firing.

There are many medicinal uses for the plant.

The Bell Rhodendron (Rhododendron arboreum (Tree Rhododendron)) is the state tree of Uttarakhand and a state flower of Himachal Pradesh and Nagaland. Its name means “tending to be woody or growing in a tree-like form”. This plant holds the Guinness Record for World’s Largest Rhododendron.

Its leaves are very interesting. They are broadly elliptic to oval, to 14 cm long, dark glossy green above, with brown felted wooly hairs below. In fact, running a finger on the underside of the leaves gives one a velvety feel. 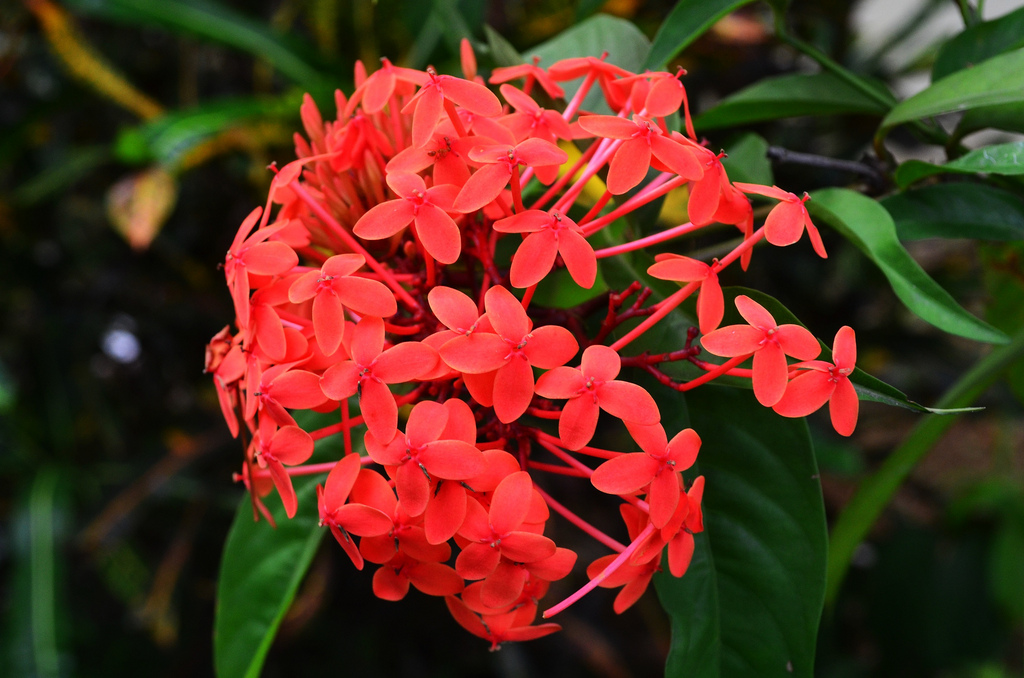 Saraca asoca or the Ashoka tree is one of the most legendary and sacred trees of India, and one of the most fascinating flowers in the Indian range of flower essences. Ashoka is a Sanskrit word meaning without grief or that which gives no grief. Drinking the water in which the flowers have been washed is widely considered a protection against grief.

It is said that Lord Buddha was born under this tree. It is also associated with Kamadeva, the Hindu god of love, who included an ashoka blossom among the five flowers in his quiver, where ashoka represent seductive hypnosis. The tree is a symbol of love.

The Ashoka is prized for its beautiful foliage and fragrant flowers. Highly valued as well for its handsome appearance and the color and abundance of its flowers, the Ashoka tree is often found in royal palace compounds and gardens as well as close to temples throughout India.

The Ashoka tree has many health benefits and has long been used in traditional Indian medicine as a key ingredient in various therapies and cures.