Do you know the name of this fruit in Thailand?

Hello! Please, help me to identify this fruit (or berries?) seen in Thainand (at Bangkok markt). I didn’t buy it. How does it taste? Is it sweet or sour? Is it possible to eat it as it is or you need to eat it in a special way? (you never know, what to expect from exotic fruits :)) Please, find the photos below. Thank you! 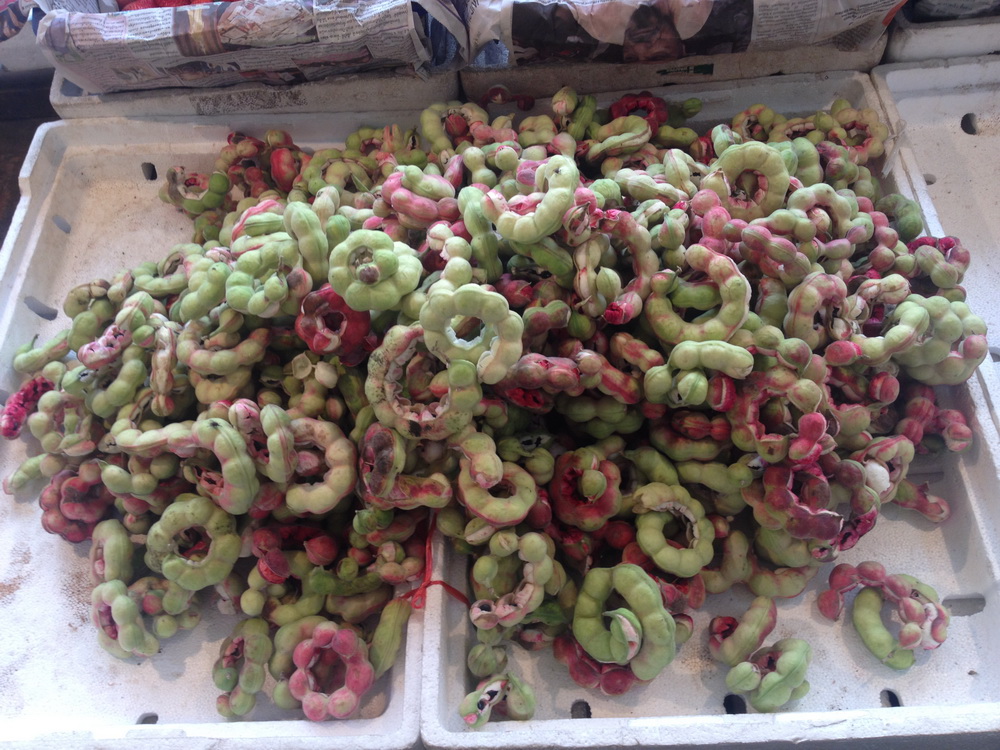 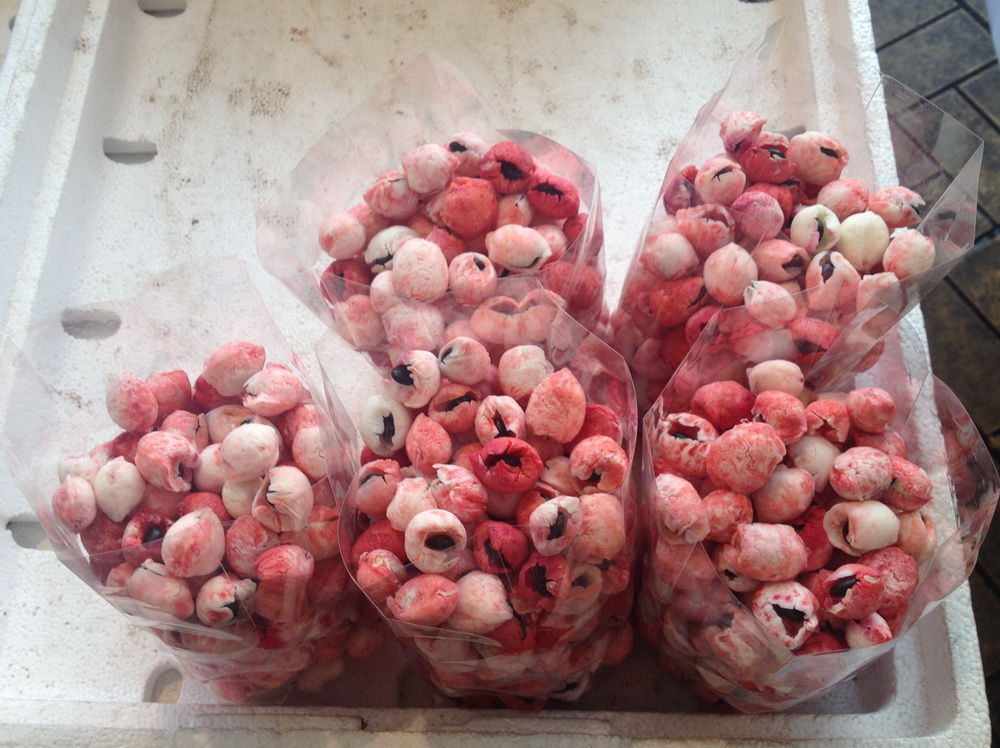 These spiralling green-pink pods are called Jungli jalebi or Kodukkapuli, Camachile. Scientific name is Pithecellobium dulce. It is a species of flowering plant in the pea family, Fabaceae, that is native to the Pacific Coast and adjacent highlands of Mexico, Central America, and northern South America. English name is Monkeypod.

Jungli jalebi is an Introduced species and extensively naturalised in the Caribbean, Florida, Guam, India, Bangladesh and the Philippines.
The pulp can be eaten raw or made into a drink similar to lemonade, the tangy seeds are used in curries. It is due to the fruit’s resemblance to the Indian sweet jalebi that the plant has been given the name jungli jalebi.

In India it also goes by the name “Madras thorn”, although it is not native to Madras. Another name “Manila tamarind” is also misleading, since it is neither closely related to tamarind, nor native to Manila.

Because of the resemblance of the fruits to the Indian sweet jalebi, the plant has been given the name Jungli jalebi.

The name Pithecellobium is derived from the Greek word `pithekos’ meaning an ape and `lobos’ referring to a pod and the species name `dulce’ in Latin means `sweet’ in allusion to the edible pulp of the pod.

The plant is reported to be a folk remedy for convulsions, dysentery, ear ache, leprosy, peptic ulcer and tooth ache.