The richest man in the world, Elon Musk, is willing to pay a lot of money to buy the popular social network Twitter. It offers to pay $ 54.20 for each share of the company. As a result, the company’s value will reach $ 43 billion. Musk, which manages Tesla, SpaceX and several other companies, has already acquired a 9.2 percent stake in Twitter. Along with this offer, he also warned Twitter that if his offer was not accepted, he could look at his investment in the company. 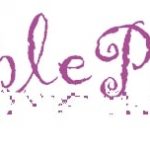